Repatriating Ancestors From a Missionary’s Basement

“Native people have been dealing with desecration of not only our homelands but our burials and our sacred places for ages and ages and ages. It’s nothing new to us.”

In 2014, Pete Coffey–One Feather received gruesome news about human remains recovered from an Indiana farmhouse by the FBI’s Art Crime Team. After two decades of service as the Tribal Historic Preservation Officer for the Mandan, Hidatsa, and Arikara Nation (MHA, also known as the Three Affiliated Tribes) in central North Dakota, Pete was not easily shocked.  “This is nothing new,” he said. “We’ve been fighting this fight since NAGPRA was passed—really, since 1492.”

An anonymous tip about human remains stored in a basement led to an intensive six-day recovery operation by the FBI. Donald Miller, an engineer and Baptist missionary, had plundered seventy years’ worth of artifacts from cultural sites worldwide. He admitted to investigators that many artifacts were illegally excavated and agreed to let the FBI return them to their rightful owners. The recovery—the largest in FBI history—included over 42,000 cultural items and the remains of more than 500 individuals, mostly Native Americans.

Some media depictions of Miller paint him as a friendly grandfather figure harassed by federal investigators, or as a good-hearted collector who gave Boy Scout groups tours of his private museum built to preserve artifacts. His agreement to surrender his collection is praiseworthy. Still, the disrespect he had for human beings and their remains, and the materials selected by families to accompany their loved ones into the afterlife, tells another story.

In Miller’s basement, people were found on display with their funerary belongings. He claimed to have the full skeleton of Crazy Horse—actually a combination of several individuals. Investigators identified the bodies of children. Human beings were stored in boxes and garbage bags. Remains were found in boxes labeled in black marker with “Earth Lodge Village” or “Missouri River Villages,” which prompted investigators to contact the MHA Nation.

“I was told he took a skull, and he cut the crown of the skull out, and he used that as a fruit bowl in his living room. And, among Native people, they are especially aghast when I tell them that he had fruit in there and people ate that fruit. I can understand racism, I can understand supremacy and all of that, but that type of thing I just cannot understand.” 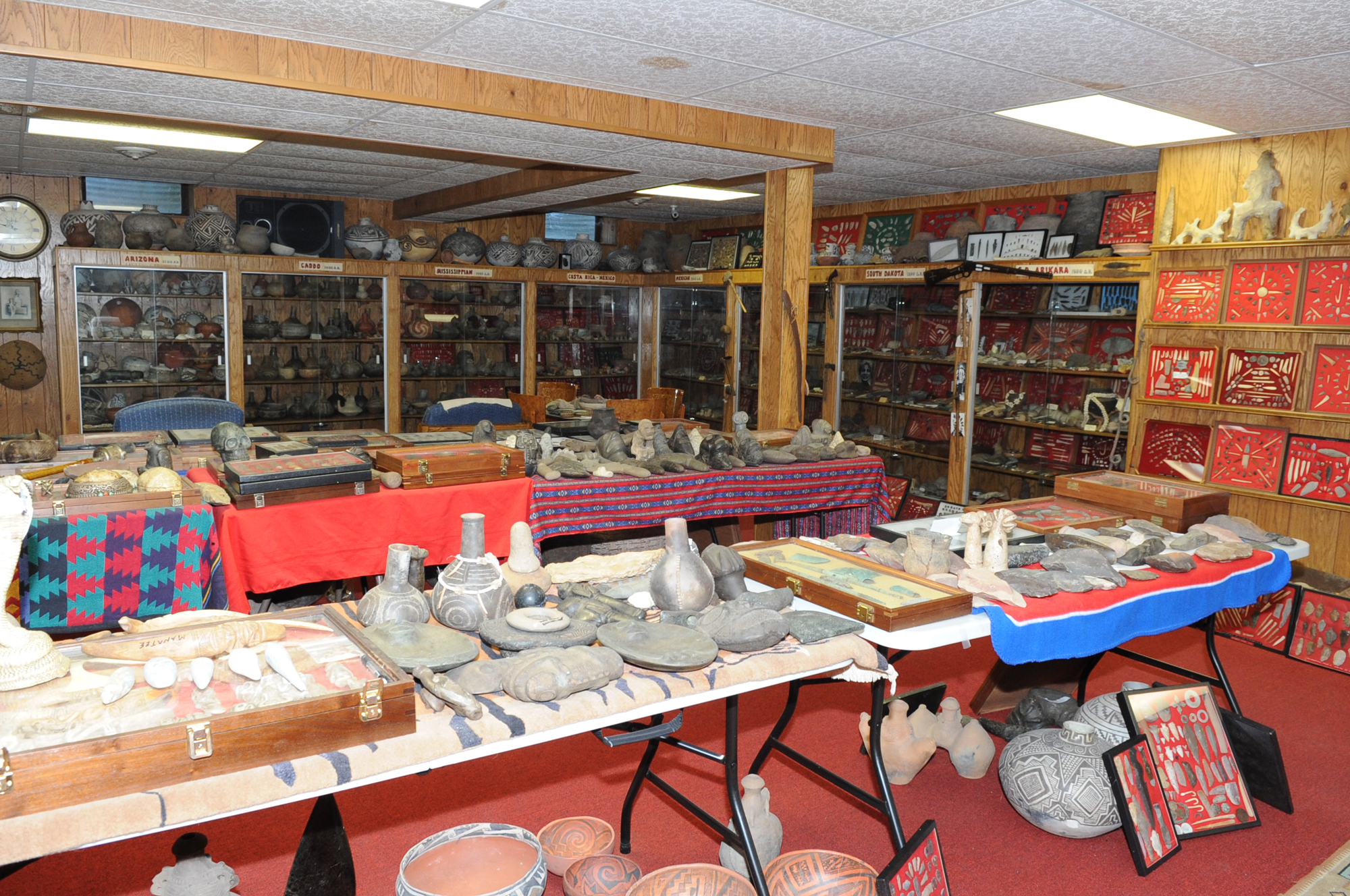 The FBI recovered over 42,000 stolen artifacts from Miller’s basement. Many of the items pictured are probably funerary belongings. (Image Credit: FBI)

Coffey is not opposed to archaeology, and he believes there is something to be learned from cultural sites—if Tribal cultural specialists are included in the research process. But Don Miller was no archaeologist. He did not have permission to remove artifacts, nor did he have a plan for research or preservation. As Coffey told Ben Lewis, host of the Art Bust podcast, “The guy would dig and dig and dig until he heard something and just jerk them out of the ground. That’s all we were, dinosaur bones, to the guy. But to us, those are people, those are human remains, and those are spirits, and their spirits are still here.”

The earth lodge cultural sites are especially important to the Three Affiliated Tribes Coffey represents. “After we die, our spirit returns to old village sites where relatives are waiting for us,” Coffey explained. If this process is interrupted by grave robbing, spirits are left wandering and cannot join their families in the afterlife. “That’s my motivation for doing these repatriations,” he told the FBI, “to make sure that these spirits are at rest.”

Looting and grave robbing are still serious issues on the Fort Berthold Reservation and throughout the traditional territories of the MHA Nation. Yet Coffey recalled only one recent looting prosecution within the last five years: a case in South Dakota that resulted in a small fine, a year of probation and confiscation of stolen cultural items. “This was a slap on the wrist for someone who had kiddie pools filled with artifacts from Arikara and Mandan villages,” Coffey said. “The laws don’t have any teeth.” Coffey fears that looting and grave robbing will continue, especially because the true history of this country is not taught in schools.

The US Army Corps of Engineers (USACE) still controls shorelines created by the Garrison Dam within the Fort Berthold Reservation, so Coffey worked closely with the USACE archaeologists. These personnel monitor sites by boat to check for erosion damage and illegal digging. On a recent patrol within Fort Berthold, a USACE archaeologist encountered a family using a picnic table and tablecloth to hide their digging operation—a clear sign they knew what they were doing was illegal. Erosion from changing water levels and looting episodes have a direct cause-effect relationship along the entire Missouri River and throughout the Three Affiliated Tribes’ traditional territories. The MHA Nation is working to get this USACE land back under its jurisdiction.

In 2016, the human remains recovered from Don Miller’s basement were reinterred in a buffalo pasture on the Crow Creek Sioux Reservation in South Dakota. Pete Coffey has been involved with several large repatriation efforts and helped bring thousands of ancestors home throughout his career. He hopes the Don Miller case encourages repatriation efforts across the country. “Respect for the dead is universal, especially for Native people,” he said. “And the people of the Southwest are fighting the same battles.”

“The [Crow Creek Sioux] Tribal government there gave an acre of land, their buffalo pasture, kind of fitting. I liked it, the fact that we reburied these remains with the buffalo back there, and the buffalo can look after them.” 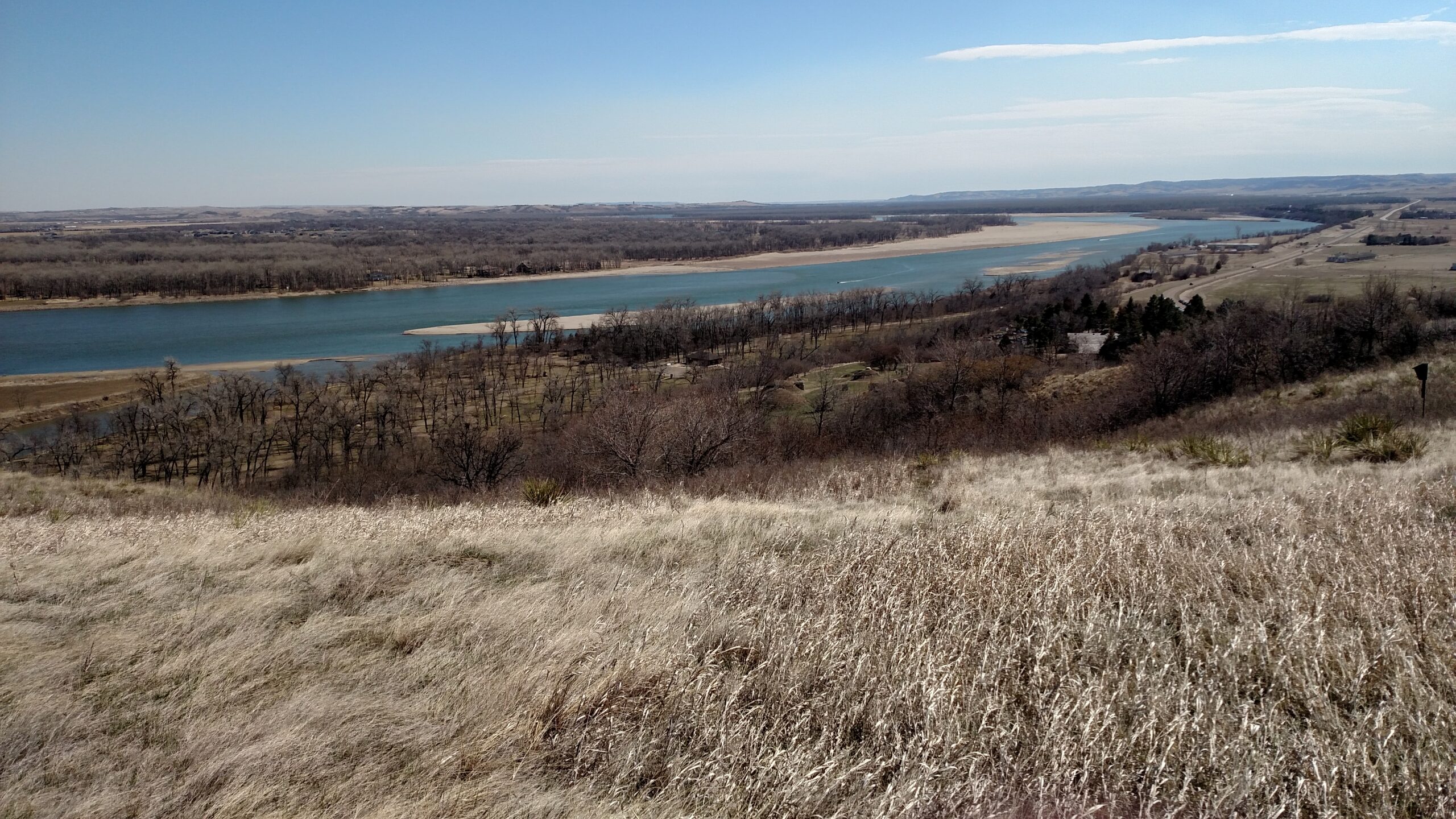